Over the years, we have had the notion that mathematics is the most challenging subject on earth.

No matter how much our teachers helps us to understand the natural concept of embracing mathematics, we are always revolving around the same belief.

Unfortunately, this is a notion that has been passed on to generations.

Despite the technology development, we have not been able to help our kids enjoy the use of technology to change this concept.

The question we need to ask ourselves is, as parents, is there anything we can do to ensure that our children embrace this subject.

The fastest solution we run to is hiring a private tutor to spoon-feed themand help them cram all the necessary mathematical formulas.

Although this might help, it’s used is only limited to a specific period.

Our next question then is, how do we get a permanent solution to this?

The most exciting thing is, the answer is just right at your fingertips, but you don’t realize it. The easiest way of getting this solved

once and for all is buying your child a graphing calculator.

What is a graphing calculator?

This is a class of hand-held calculator which is capable of solving complex functions and plotting graphs.

One of the major companies that is widely known worldwide is Texas Instruments.

In this article, we are going to provide and compare general and technical information of the common Texas Instruments graphing calculators.

I will first give a quick overview of each, then provide a comparison to help in choosing which one suits your child better.

Just as we mentioned above, this is one of the series of graphing calculators manufactured by Texas Instruments.

The original version of T1-83 is an upgrade of T1-82. T1-83 was released in 1996 and was one of the most popular of all the graphing calculators among students.

In addition to other normal scientific calculators, this calculator came with other added features.

Some of these include function graphing, statistics, polar/parametric/sequence graphing modes, trigonometric, and algebraic functions, as well as other many useful applications.

Back, just like the upgraded version, this one also came with other added functionalities.

One of the notable functions included the Flash A memory that came in hand for storage of new Flash Applications.

It also made it easier for the user to update the operating system if need be.

This calculator has unique characters which include;

ROM, which is 512KB.the operating system uses most of the Flash Memory, and only 160 KB is left for user files and applications.

This functionality has made this calculator the best option for high school and college students.

The added applications most include text editing (both uppercase letters and lowercase letters), math and science, editing spreadsheets, organizers and day planners, games, among many other uses.

This calculator contains all the functions available in a scientific calculator, as well as polar, parametric, and sequential graphing capabilities.

This is again the upgraded version of the T1-83 Plus calculator, and it was released in 2001.

Its notable enhancements is the Flash Memory of 1.5 MB, a dual-speed of 6/15 MHz processor, an additional RAM of 96 kB (but TI has not yet coded the support for the entire RAM to an OS), it also comes with an improved link transfer hardware, as well as a translucent silver case among many other applications preinstalled.

The increased Flash Memory capacity has made a notable change to this calculator.

This is because, while a T1-83 Plus can hold a max of 10 apps only, the new version can hold up to 94 different apps.

In addition to this, the box also includes a USB link cable.

There is a second version of the TI-83 Plus Silver known as the ViewScreen™ (VSC) version.

The new version is virtually identical to its predecessor, but the only difference is the additional port that is found at the rear screen end of the unit.

This enables in displays on overhead projectors through a cable and panel.

This comes in handy when training a student who doesn’t know how to operate thecalculator.

This is another product of the Texas Instrument that was released in 2004. Unlike the TI-83, TI-84 original doesn’t exist.

The lowest version in this series is the TI-84 Plus which is an upgraded version ofTI-83 Plus version.

There is a similarity in the key-by-key correspondence of the two versions but thereare some improved features on the 84 version.

Some of the notable features include:

Some other TI-84Plus versions have been later released, and they are:

This is an upgrade of the TI-83 Plus and it was released in 2004. Just like its predecessor the TI-83 Plus Silver Edition, this version features a processor of Zilog 15 MHz Z80 and a user available RAM of 24KB.

It has a chip of 128KB but Texas Instrument has not been able to make an OS that utilizes all of it.

The newer version also has a RAM chip that is 48KB only. All calculators whose serial code ends with a letter H have fewer RAM pages.

This prevents some programs from running properly.

It is also installed with a user-accessible Flash ROM of 1.5 MB as well as a built-in USB port, a clock and an assembly port and uses 4 AAA batteries plus a backup button cell battery.

This received a public reference on Twitter from TI in October 2012.

Unfortunately, this Tweet went unnoticed for a whole month until November of the same year.

This new version has notable features that include;

This gave way to the third version which is

This new version was publicly reviewed in January 2015 by TI Education. The notable changes include;

NB: This calculator was released for mostly the European educational market.

This is a graphing calculator which was developed in 1998 by Texas Instruments. The unit features a pixel resolution LDC screen of a 160×100 and it also includes a TI’s Advanced Mathematics Software.

This version is among the highest model lines of the Texas Instruments of calculator products alongside the TI-Nspire.

The TI-89 runs on a microprocessor of 16-bit, the Motorola 68000 which again nominally runs at 10 or 12 MHZ which however depends on the calculator’s hardware version.

The unit has been allocated a RAM total of 256 KB of which 190 are made available to the user.

It also has a Flash Memory of 2 MB of which 700 KB has been made available to the user.

The Flash ROM and the RAM are used to store expressions, programs, variables, text files, tables and lists.

This is essentially a TI-92 Plus. However, it has a smaller screen and a limited keyboard.

It was created to serve more as a computer due to Qwerty layout of its keyboard than a common scientific calculator.

At the same time, it was created to serve users who found the TI-92 overly large and unwieldy.

It however has an upgrade known as TI-89 Titanium.

TI-89 Titanium This was officially released in 2004 as a replacement if the popular classic TI-89.

The TI-89 uses the corresponding AMS 3.x and is also referred to as HW3.

In 2006, new calculators were upgraded to HW4 which were meant to offer increased RAM with a speed of up to 16 MHz.

The TI-89 has notable advantages which include:

Although the above are not the only calculator products by Texas Instruments, they are rated among the best.

All you need to do is choose the one that suits you or your child the best and enjoy solving yourmath challenges for ones. 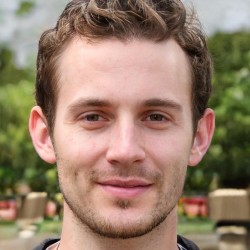 Hi, this is James. I'm a professional Finance Lecturer who finished college at Santa Clara University. I’m here to help you choose the perfect calculator for your financial needs.